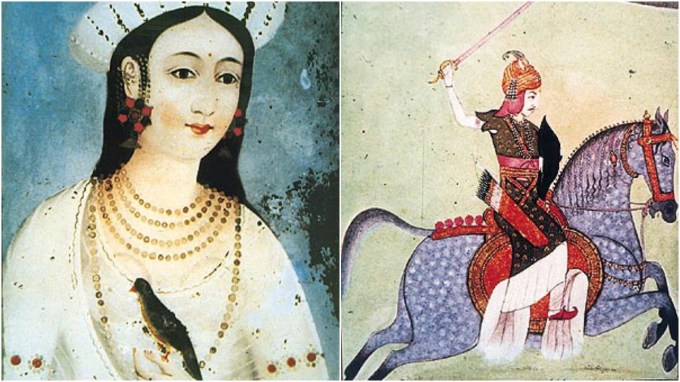 The translation does little justice to the warrior heroine – Mastani, a smoldering beautiful Muslim princess, borne into the kingly home of a Rajput and his Afghan consort, a brave and passionate woman, skilled in art, dance, horse-riding and warfare, who while trying to save her father’s kingdom in early 1700s, meets and then tragically falls in love with Rau.

Both Rau and Mastani die, their potential and their humanity nipped in the bud, by religious dogma and its agonizing impact on and influence with the socio-political text. “Rau” is the name of the play written by N S Inamdar, and the play forms the script of a beautifully crafted film by S L Bhansali – the film has also been one of the highest grossers of Indian cinema in terms of its success and recognition amidst rave reviews.

This literary work and consequently the film presents the interwoven tales of four protagonists, three women and one man –Mastani, Kashibai (Rau’s first wife), Radhema (Rau’s mother) and Rau – the intense weaving of these narratives in a historical yet familiar context holds powerful insights and magical gifts for us today.

In this blog, I choose to refer to the creative narrative alone – as depicted in the film, and maybe turn a blind eye to historical objectivity if there was ever such a thing! 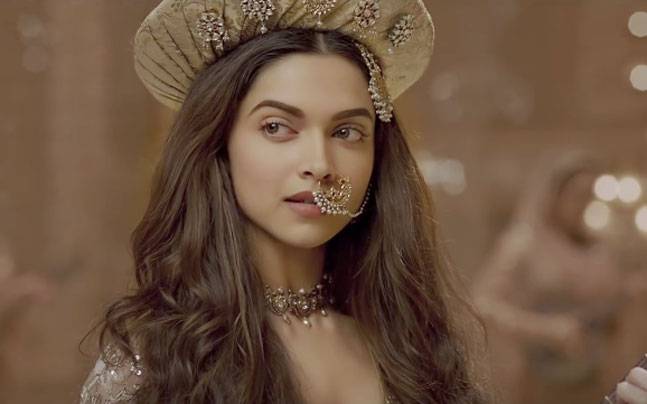 In many ways, the Identity of Mastani is quite the antithesis to the socialized role for Indian woman over the centuries – this socialization is heavily influenced by patriarchy, and wishes to reduce the identity of the woman to that of the mother, the victimized object, and the sister.

It does not come as a surprise that Mastani’s tale begins as a love-child between a Hindu King and his Afghani consort – an alliance never culminated into the socially sanctioned marriage … the seeds of her illegitimacy – the illegitimacy of her psyche – of her dynamic feminine and her dynamic masculine get sown with her birth. She takes on her mother’s religion – Islam, and in her early years, becomes known for her fighting skills, her dancing and art, her beauty, her femininity, and her courage.

It is this courage that takes her to Rau’s camp, where she meets him for the first time, to seek help against the marauding armies that surround her father’s fortress.

It is courage that enables her to fight along with Rau against the enemy, and to eventually save his life while getting injured in the process – a cruel cut from Rau’s sword that brings the two of them together.

Mastani does not choose to hide her deep desire for him and nor does she surrender her action-orientation – she chooses not to be demure, shy, and a recipient – she remains authentic and integral to what she feels, without subjugating herself to the context. Her courage and her passion transforms – these qualities evolve into an intense love that becomes deeper, multifaceted, and more complex as she chooses to chase the man who bids adieu to her after a few nights!

And she walks right into the cortex of brahminical puritanism, the revival of Hindu nationalism and tradition, and an anti-Mughal rebellion … as she travels from central India into Pune – the seat of the Peshwa, apart from the reality that Rau is married.

In this journey, she encounters rejection, humiliation, strife and deep sorrow from Rau’s mother, Rau’s first wife, the larger family, and the minefield of political and religious stalwarts – all of them appalled at the nerve of this young Muslim woman to even profess her love for their Hindu Warlord.

It is here the definition of courage changes – in spite of the innumerable insults, taunts, and rejection, Mastani does not play the victim – even when she is ‘kept’ in the palace for courtesans. She retains a certain sense of dignity and graciousness, and perseveres to find a place in Rau’s heart.

The movie presents two aspects of Mastani’s narrative that are stirring and insightful for today’s context:

In an uncertain era dominated by macho aggression, battles, and political strife, Mastani brings in a different, albeit a feminine lens to looking at working with power and power inequities. There is a certain quality of grace and dignity that enables Mastani to navigate her journey and her descent from sheer omnipotence to intense vulnerability, helplessness and impotence over her context. In all her struggles and sorrow, Mastani remains untouched and quite miraculously as well, by self-hate.

One marvels at the sheer grace with which she places a pair of musical anklets or ‘ghungroos’ that are thrust on her by Rau’s mother, signifying her social status as a courtesan or a whore, at the king’s feet, and speaks of her love for Rau, and Rau alone, in front of the king’s court. There is no victim’s refrain in her action – it is that of a powerful woman who chooses to take off her shackles and her stigma in an authentic move. Her proclamation of love leaves Rau with no hiding space – her grace and dignity just moves him into reciprocating and standing up for her.

It was Rau who discerns and points out this hatred of his mother– inviting Radhe Ma to look at her own self-hate – of the helpless, choice-less, and impotent matriarch who just projects it on Mastani.

Sadly, it is the women who failed Mastani, her grace, her femininity, and her generosity – women who were unable to define their own stance towards ‘power-inequity’ as created by patriarchy, and resorted to uphold the very roles and systems that sustained patriarchy. Thus the matriarch in Radhe Ma refuses to support her son, and condemns herself to uphold the system; the scorned Kashi refuses to walk out of an empty marriage, and condemns herself to the role of a victimized mother, and to manipulate her son into getting rid of Mastani.

The story is embedded in political upheavals and a quagmire of faith, politics, and power – that mirror today’s reality.

Rau takes a clear cogent stance – his war is against the oppressive politics of Mughal rulers and not against Islam the religion. However his clarity is not resonated by anybody else.

Both Rau and Mastani struggle in their stance to discern and disambiguate religion from politics, and faith from dogma. However Rau and Mastani are not on the same platform, for the former is the Peshwa Brahmin warlord, who struggles with the obstinacy of his followers, and the latter is the illegitimate minority woman who ostensibly has no resources, or status.

Yet, Mastani never imbues her lonesome fight with the helplessness of the religious identity and as a minority. In her battles and her journey, she wears her Muslim identity with pride, dignity and openness. She confronts those who surrender their faith to the blindness of dogma, prejudice, and hate.

Crony Capitalism, right-wing political factions, consumerism, and corrupt bureaucracies make a heady combination but none of this is really new … what the last twenty years have also brought in is a relentless hyper-masculinity that seems to impact men and women both.

This hyper-masculinity has either a relentless strain of macho-leadership for a few or raised the scourge of victimization and impotence of the larger majority. The hyper-masculinity does not spare women either – either converting them into masculine women who do not know or care to bring in their femininity into organizations, or for themselves.

Mastani’s narrative offers glimmers of new stances and hope – she symbolizes an intense and radical femininity contrasted to conventional roles of being the perfect mother and the nurturer. There is also a definition of courage and love that goes against masculine bravery, dominance and submission. Mastani invites us to explore how love, passion, surrender and dignity can be resources to combat angst, loneliness, illegitimacy, impotency, and hyper-masculinity. There is a quality of feminine leadership she brings in which is poignant.

If you like this blog, in the next part, I am encouraged to write about Rau and what his narrative offers…

6 thoughts on “Behold “Mastani & Rau” – A contemporary tale of love, passion, and heroic wisdom – for the post-industrial woman … and man! Part 1”