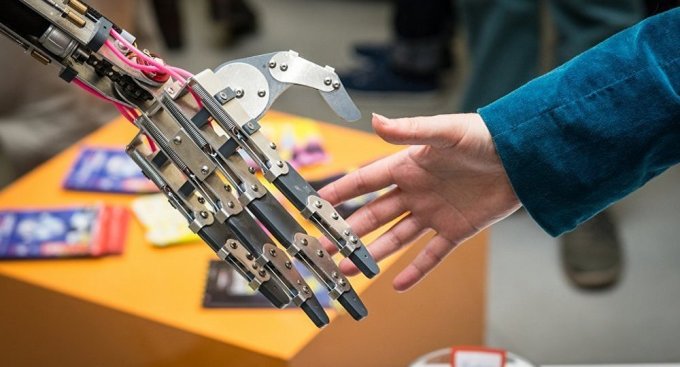 This blog is not about decrying Coaching as much as it is about safeguarding and insulating Coaching from the onslaught of the hype and dysfunctional processes.

Demand for coaching in the last few years has gone through the roof. Diverse institutions and coaching academies offering skilling, training, and certifications are prospering; riding a wave of aspirants – including trainers, consultants, executives seeking alternate careers in their mid-lives, and entrepreneurs. The ecology construed around Coaching is burgeoning with multiple stakeholders, global and local – responding to a growing demand from the industry.

HR leaders and corporate denizens are subscribing to a belief that coaching is the new panacea for all kinds of ills that impact managers and leaders – and this has led to a certain hype around coaching. My opinion is that it is this hype and associated noise or hyperbole that perhaps threatens to puncture this mushrooming ‘industry’ which is already burdened with low entry barriers, opportunistic coaching academies, naïve customers, and ‘imported’ expertise from the west.

I fear that unless this noise is deconstructed and dismantled, coaching would be set up as the promised holy grail – to bring in energy and vitality to scores of individuals, but may never deliver.

Many of my fellow-coaches have highlighted the trend that coaching assignments are largely paid for or sponsored by the corporate organization – large, small, family owned, global etc. Corporate organizations are enmeshed in an ideology of market capitalism that reinforces instrumentality – how can each of us as an instrument add value to the context that we are a part of?

Regardless of any espoused agenda – “that we are coaching you for your own good”, or “for unleashing your potential” etc. – there is an unconscious internalisation by the Coachee, that – “Coaching MUST make me into a better instrument, so that I can impact revenues, profitability or any other goal”

This process of making oneself as an instrument of performance has many consequences in the short to medium front. Firstly it accentuates a process of alienation – where the coachee is unwilling to look at desires, dreams, fantasies, tiredness, fatigue, spirituality, notion of collectives, or any agenda that goes against instrumentality.

Secondly it creates resistance – bolstered by unstated or even denied anger at the purposiveness of the contract, within the Coachee, and blocks any new enquiry or explorations.

Lastly it burdens the Coach to renege upon the coaching dharma, and focus more on the immediate gratification of this instrumentality – work on generating quick solutions and practices that makes the Coachee a superior instrument.

Thus most Coaches and Coachees get constrained by the expectations of impact, performance, and instrumentality – largely because the coaching contract is underwritten by corporate funds.

The Coaching practice is usually accepted as a learning process influenced by andragogical principles. The andragogical principles assume the coachee to be self-directed and autonomous, wanting to learn, and willing to experiment and apply. A key assumption is that the Coachee does not want to be told what to do but may seek guidance and a space for dialogue with the coach.

However these very same principles underlying learning / andragogy get thwarted when the Coachee is looking at the content and not the process of engagement. Spoiled by a templatized orientation (quite rampant in large scale ITES companies), often the Coachee wishes for quick-fixes from the Coach.

Thus the Coach is evaluated on the content level offerings including subject matter expertise, experience of similar problems and solutions, and knowledge as opposed to be someone who accompanies the coachee in his or her learning journey.

In the Indian context as opposed to the other cultures, the Coachee often refuses to discern and value the process dimension of the relationship, and seeks content as a dependent child. The Coach’s need to be seen as Guru or at least an SME, gives energy to this collusion, and subverts any real learning.

The larger context is scary, complex, and unweildy – and it is so seductive to work with the individual.

Thus like Mullah Nasrudidin discovers that it is easier to find the elusive ring under the light of the street lamp as opposed to hunt for it in the darkness of the jungle where it might have been lost, merely because the street lamp is comforting, we often get to notice – it is better to work with an individual as opposed to really exploring the larger context.

There are unconscious processes of denial – of the power of the overwhelming context that renders one as impotent – that lays the foundation of a coaching assignment. It is then when the Coaching relationship focuses on only Coping skills of the Coachee, as the external context is too scary to work with.

Many large organizations choose not to look at their constraining and oppressive structures, policies, and cultures – as working with these elements can get too complex and frightening.

Its far easier and rather sexier to reduce the complexity of the context to an individual and his or her developmental agendas.

Nobody gets hurt in this agency orientation!

Decades ago, a manager, a supervisor, and a leader of course, were held responsible and accountable for the emotional growth, intellectual development, and maturation of his or her direct reports. Contingency leadership models were designed and pedalled to management all over, exhorting them to work with both the task and relatedness dimensions of their roles.

But the manager, the supervisor, and the leader got steadily distracted from these duties and responsibilities as business became more complex and demanding. Financial performance of the firm became more important and rewarding than investing one’s energies into others.

For sure, the HR function ‘appeared’ like a fairy godmother to the busybees – the leaders, managers, and supervisors – and the function was set up and had to be ‘perceived’ as the staff function to take care of such responsibilities including the growth of the people. The supervisor, the manager, and the leaders heaved many a sigh of relief as they could now legitimately continue to make more money for their stakeholders without having to think about their people – for these had to be nannied by the HR function.

However this fragile arrangement was shortlived as several HR managers got wiser to the overall ideology of abdication – the abdication of the management responsibilities towards their employees when it came to growth and maturation, and hopped onto the outsourcing bandwagon of using external coaches!

I strongly believe that the emergence of the coaching practice is also to do with the abdication of the supervisor and the manager – not to assume responsibility for the reporting individuals and teams.

This abdication creates resentment and anxieties for the Coachee – who now looks upon the Coach as the messiah or the saviour at best but more likely to treat the Coach as the surrogate parent or the Nanny.

In the coaching arena worldover, there is a growing number of psychoanalysts, therapists, and counsellors that are donning the hats of a Coach. These professionals bring in an excellent set of skills and knowledge, and practices to engage with the diverse demands of the Coachee.

However one fears that unconsiously, the client (Coachee) may also look at coaching as therapeutic even though these professionals do not intend to be so. The notion of therapy is built on the concept of sickness – and in these parts of the world, sickness is held with trepidation and tremendous shame.

Often, the sponsor says to a coach – can you help (read ‘fix’) this Coachee?

While I do not doubt the need for therapy nor do I doubt the skills of the therapist – what leaves me in dismay is that there is no questioning of why the Coachee got sick in the first place?

I suspect that this query of how and where the sickness comes from has to do again with the organization as a system – its culture, practices, values, ethics, and its context.

Coaching relegated to therapy in any form is still a reactive stance – it shames the Coachee and yet does not posit serious questions to how the afflictions and the sickness comes to be in the first place.

Often the Coach-Coachee relatedness gets imbued with intimacy, magic, and warmth, that only reinforces the alienated context of the Coachee – for now he or she can draw comparisons with relationships outside – relationships with authority figures, with peers, and with friends.

One of the unintended consequences is that the Coachee often splits a complex reality into comparative relationships – relationship with the Coach, who seeks to bring alive the dreamer, the romantic, unleash the magic, heal the hurts et al, and relationships with an existing organizational system that may be bordering on exploitation and manipulation.

Naturally, the splitting renders the latter world of task systems as oppressive, dry, and lonely. It is a bit like when an individual attends a lab or a GRC, and emerges from an intense space to question his or her context – except that in Coaching – this process is not limited to 5 or 10 days – but runs across weeks and months.

Often the Coachee is tempted to look beyond his or her context as a consequence – unless he or she understands this splitting phenomenon. Often I have discovered that this comprehension (painful as it is) is sacrficed to keep the coaching contract alive, and in ths process there is forced attrition. In my journey as a Coach, I have found a high percentage of Coachees wanting to look beyond – seeking a new adventure or new meanings, and they believe that the first step is to exit from current systems.

While some of them cannot be blamed for this decision – it does come as a shock to organization sponsors and supervisors who believed that they are really investing into this high potential manager.

Many of the processes that I have written about are based on my acute experiences with coaching assignments that clients have trusted me with. I sense their dilemmas and their dissatisfaction with how Coaching is being presented as the new panacea. I believe that these and many more need to be dialogued while contracting with each client.

I do hope you like this piece and would love to hear from you on your experiences and insights.

I write this blog, as some of my colleagues are getting together to give shape to a new coaching paradigm in TAO, away from the anglo-saxon assumptions around learning and coaching, and wishing to integrate the Indian context including our notions of spirituality, growth, and philosophy.

What was initially an internal paper on some of the dangers and threats around existing coaching practices has taken the form of this blog.

I owe my energy to write this particular blog from my conversations with Raghu Ananthanarayanan, Sarbari Gomes, Abhay Phadnis, KS Narendran and Snigdha Nautiyal – each of them is a successful and brilliant coach in his or her right.