It was just yesterday that I saw the new Charlie Brown movie in an shockingly empty cinema hall – it was the first day of its release in India, and we were just three families watching this beautifully crafted film – it does speak a lot about Pune’s movie aficionados.

The movie was intensely stirring for it evoked many an internal conversations between the string of archetypal personas inside me (and in others who have been great fans of Shultz’s work) be it Charlie himself, or Snoopy or Linus … Of course as a fan, without letting the plot out, what was surprising was that Charlie finally encounters the red haired girl.

But this post is not about the film. It is about Leadership and in the context of EUM universes. 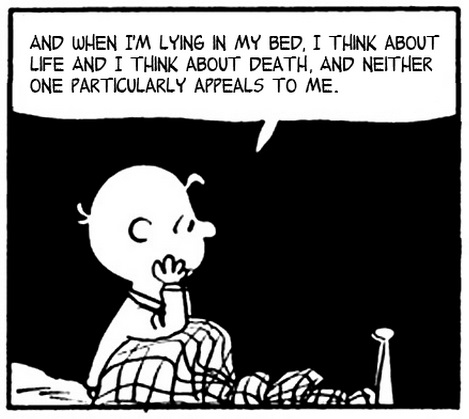 The EUM Profile of Charlie Brown!

The Agonizing Hero with High USD, High UDS, and but low UPA scores!

For years many of us have been mesmerized by the archetype of Charlie Brown and his deeply moving and poignant leadership stances in life, while confronting sorrow, compassion, defeat, and integrity – funnily enough to most contemporary clients of mine this does not sound like leadership at all.

The ‘internally agonizing hero archetype, while encountering defeats in a daily world’ seems more accessible to and immensely more magical through a little kid’s experiences across the strip – a ‘blockhead’ and a lovable loser, encountering and suffering self-defeat and humiliation despite inner ambition, energy, and the tenacity within.

Schultz himself was perhaps most critical of Charlie Brown, and was quoted as saying – “[He] must be the one who suffers, because he is a caricature of the average person. Most of us are much more acquainted with losing than winning.”

From a EUM Profiling perspective:

Many of us believe that USD is all about being a Rambo – but the nature of strength and passion shown by Charlie Brown is of a different strain of USD.

Maybe it is time to celebrate this archetype’s leadership potential from a EUM lens.

He is willing to embrace vulnerability by voicing his anxieties – and perhaps also derive then the strength of working with these feelings.

This is perhaps possible with a high UDS and USD combination. Charlie cannot be paranoid schizoid, for he is also aware of the double binds of splitting any reality. This orientation makes him aware of his USD propensities but unsure of how he wishes to focus his energies and passion.

No defeat triggers either deep cynicism or envy – Charlie Brown continues to potter on and on. This tenacity of high USD is a feature of this universe that may get confused with being stoic of URB.

But Charlie rarely operates from a URB universe except vis-à-vis his sister.

For example, as a leader, he guides the baby Schroeder towards Beethoven, and then this relationship evolves towards mutual respect and engagement. Charlie’s relatedness with Linus (the boy with the blanket) evolves into a close-knit relationship from an earlier relatedness of dependency and inequality. With Linus, Charlie engages with all his inner agonizing and fears, and the latter offers back gifts of understanding and new perspectives.

This is where one believes that he is more of high UMI and not UBP. Equalization as a process is invested within – and deep dialogue is critical for all relationships.

As a fan of the comic strip, I am awed by Charlie’s courage and tenacity – and these are not defined in a macho way – but in a certain feminine stoic (an oxymoron here as my friend would argue). No matter what happens, Charlie’s self worth seems to overwhelm his self-loathing and his self-pitying. This makes him lovable and a source of great inspiration.

Possibly because he is averse to looking at self from just an instrumental view and a certain values orientation and humaneness enables him to move on from tactical failures, many of these are self-inflicted as well.

Snoopy, who refers to Charlie as the ‘round-headed kid’ is an alter-ego of sorts. Wildly imaginative, highly action oriented and impulsive, and extremely playful, Snoopy is often not fully understood by Charlie. But Charlie keeps his puzzlement aside, and invests into providing his companion all the care and support that he can. Charlie ends up offering space, loyalty, and commitment to Snoopy, and the latter is always there for him when needed, offering support and love.

You are invited to compare and contrast the abovementioned ‘leadership’ behaviors to what you see around you as epitomizing leadership behavior around you.

Do see the movie of course!! 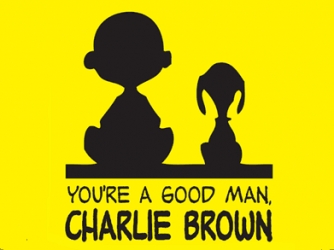