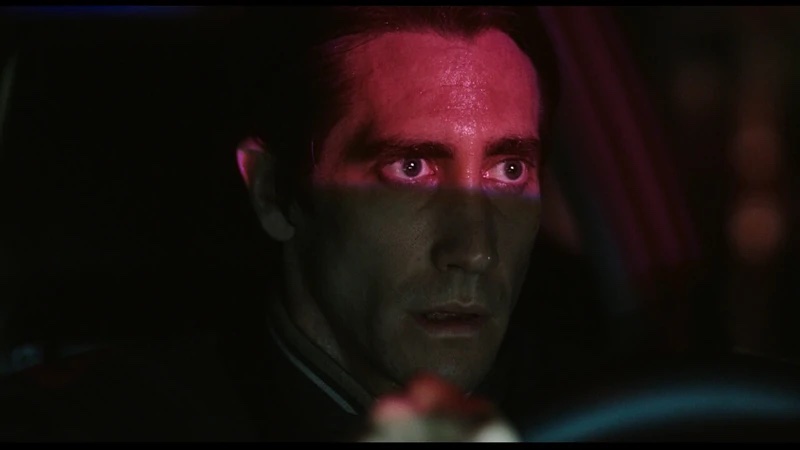 The movie, Nightcrawler, was released in 2014, and terrified US and other audiences across the world, revealing how sensational and bigoted journalism thrives on its equally bigoted, racist, classist, and terrified middle class audiences – in many ways the two feed on each other. Nightcrawler pays homage to the middle class audiences, who consume a heady cocktail of fear, prejudice, love for gore, and hate along with their daily cereal and eggs for breakfast, and looks at the entire ‘value chain’ of stringers (or freelance photo journalists) that generate the lewd and sensationalized filth.

In a post-Trump era, and having watched the likes of Fox, OAN, Breitbart, and a host of Indian news channels mimicking them, Nightcrawler may even appear a bit tame, were it not for its brilliant and dark take on the other meta-narrative – the shadowy side of the aspirational entrepreneur in the shiny world of market capitalism.

The unobtrusive entry of Lou Bloom on to the stage of Marketplace: Uneasy laughter accompanying terrifying Déjà vu

Dan Gilroy – the writer and director of Nightcrawler, embeds the film in the ‘marketplace’ as the stage for events that unfold – it is the marketplace, where the anti-hero Louis Bloom appears unheralded, where he offers, recruits, contracts, negotiates, learns, deals, produces, fires, and finally savagely ‘kills’; it is the market place where truth gets re-valued, and accounted for, before portrayed to millions that watch TV; and yet it is the market place that seems to sustain this perversion of truth through the myth of endless growth, booming profits, relentless success, and wealth accumulation.

Louis Bloom, played by Jake Gyllenhaal, lurks in the shadows of this marketplace – he is barely visible, but reveals from time to time, credible evidence of ambition, opportunism, keenness to learn, courageous and creative, self-reliance, and unrelenting focus on his goals.  Research on entrepreneurism or successful leadership, would only mirror what Lou Bloom reveals – he embodies entrepreneurism and a hunger for growth – Bloom is a veritable role-model for capitalism, – his dreams are palpably exciting, and realistic.

Interestingly Lou is also experienced as composed, disciplined, and stoic – seldom becoming reactive or impulsive – the demeanour of a predator who is in complete control. Jake Gyllenhaal, the actor, compared the character Lou to a coyote, often presenting its intense vigilance and motion, and even shed 12-15 kilograms by running 15 kms a day, and only eating kale.

The hegemony of marketplace language: Inane cliches and Simulacrum

Lou does not really invest into dialogue or conversations with other characters in the narrative – he speaks as if he is on the pulpit of capitalism, patronizing and educating the newbie, on the virtues of free markets, hard work, creativity and learning and self-reliance, but beneath his oratory lies a glimpse of a sociopath at ease with his narcissism.

Gilroy creatively leverages ‘corporate jargon’ or ‘business talk’ as the language for Lou Bloom to engage with the audience. If you were to just listen to how and what Louis speaks – it is no different from listening to a successful self-made billionaire anchoring a TEDx talk, or listening to a high profile corporate executive speak in TV interview.

Many years ago, I had written a blog on the construct of ‘simulacrum’ and the work of Baudrillard (refer to ‘Disneyland, Selfies, and Simulacra: Remembering Jean Baudrillard), where Baudrillard speaks of a life-cycle of ‘word’ and what it signifies. In the first stage, the word attempts to faithfully mirror the phenomenon, in the second stage, it perverts the reality, in the third stage, it pretends to be a faithful copy but it has no original, and in the last stage, the same word is a pure simulation with no relationship to any reality whatsoever.

I would like to offer some of the choicest lines written by Gilroy for Lou – on one hand, they are quite funny, but as we get to know Lou a lot more intimately, the simulacrum stares bleakly back at us.

The movie is an abject reminder of what Baudrillard claims – “Our current society has replaced all reality and meaning with symbols and that human experience is of a simulation of reality. Moreover, these simulacra are not merely mediations of reality, nor even deceptive mediations of reality – they are not based in a reality nor do they hide a reality, they simply hide that anything like reality is relevant to our current understanding of our lives”

Nightcrawler points out to the first cracks in the edifice of marker capitalism by creatively paying homage to the language of the aspirational entrepreneur uttered by its anti-hero. But what of this entrepreneur who is looking only at profitability and power, without wishing to share his or her purpose. But what of the entrepreneur, who under the guise of opportunism and creativity, self-reliance and risk-taking, looks at today’s world from a mindset of a coloniser and an endless ravage stems from this preoccupation.

Identity & Role-taking: The Social Entrepreneur versus the (Opportunity sensing) Entrepreneur:

In many ways, the movie questions the limited lens of looking at a form of entrepreneurism, and the blind-spots or the holes in the entrepreneur narrative. It is time that we accentuate the link between the communities that the entrepreneur serves, and the role-taking demonstrated in setting up and growing the enterprise.

In some ways, this allows for an interesting distinction between the entrepreneur and the social entrepreneur, the latter at least stating (and many of them living up to) their commitment to the community. This is not mandated, but assumed for the former. You may argue that a social entrepreneur can be equally a sociopath and a narcissist, but the chances of discovering one in this typology is lesser.

For example I am not convinced whether fintech companies including those selling easy loans or offerings around bitcoins, and aspiring to be the unicorns in the future are any different from Lou Bloom. Many such firms seem to be encouraging their customers to gamble, and to take unnecessary risks.

This section of my blog is for the EUM fans – EUM is a framework that has been created by Ashok Malhotra as well as the profiling tools that look at individuals and organizations. Ashok differentiates aspirational purpose from community & ecologies at both the individual and the systemic level. Please do check out www.eumlens.in for more information.

While many systems and individuals have high purpose & achievement scores, the EUM offers insights and spaces for dialogue, to examine the container that cradles this orientation to be successful, to be aspirational and ambitious, and to be able to network and collaborate. If the crucible or the container for aspirations is weak or fragile when it comes to deep connects with the community or humanity (as mapped through UMI / Ecology scores), it is quite possible that we have another Lou Bloom in the making.

The EUM framework is most apt for this soul searching experience, as it looks at links with others – it measures tribalistic links that proliferate crony capitalism and it also measures ecological links – the extent the entrepreneur is sensitive to the demands of the communities, the environment and the society.

It is the last line of Lou – stated below, that is perhaps most terrifying – for this is the line that the alienated and the ravaged predators such as Lou use as they embark on aspirations and growth.

“Lou: A Friend is a gift you give to yourself!“

If the entrepreneur only focuses on the transaction and that collaboration is a mere mutual obligation to an end, never mind the means, we will only have Lou Blooms around us.

Capitalism has widened the gulf between the rich and the poor, and it seems that the only hero or anti-hero that can cross this chasm is Lou Bloom – this is the narrative that is steadily becoming a grand narrative …

If we are not vigilant of the limited lens with which we look at wealth creation and the world of aspiration, this grand narrative will unleash oppression and chaos.